Faith in the Public Arena: Citizens of the heavenly city

By Jason Adkins
Faith in the Public Arena

“In the Catholic Tradition, responsible citizenship is a virtue, and participation in political life is a moral obligation” (USCCB, Forming Consciences for Faithful Citizenship, 13).

Early voting has begun in Minnesota. Voting is an important component of representative government. Those chosen for elected office are entrusted to make decisions that should protect the life and dignity of the human person from conception to natural death and advance the common good for all.

Politics, says Pope Francis, is one of the highest forms of charity because it serves the common good. We should be grateful that courageous people step forward, sometimes at great personal sacrifice, to run for public office. That said, it is a tremendous responsibility to be entrusted with the public good, and candidates for office should reflect on their role as one of service and not merely holding the reins of power. In other words, they are elected to do something, not to be someone.

Often, we are asked to clear up confusion about the right way to vote. In many cases, however, we must be candid that those requests are less interested in hearing us enunciate the principles of the Church’s social teaching, but instead they hope we shame their friends, family, and fellow parishioners into voting a certain way. The Church, however, is principled; she is not partisan.

As Catholics apply the principles of the Church’s social doctrine, they will sometimes come to different conclusions about the best policy prescriptions or best candidates. Indeed, many Catholics have strong opinions about different candidates and about which party will best improve the lives of Minnesotans.

Such differences reflect the judgment of people of goodwill and should be treated as such by fellow Catholics. It pains us to see Catholics fostering division among the body of Christ by calling into question the faithfulness of others who vote differently. We are all responsible for our moral choices, including voting, and we must do so in accordance with a well-formed conscience. On the day of judgment, we will all have to answer for how we formed our conscience and informed our vote.

Whenever the results of this election are determined, roughly half the country and half the state will be disappointed. Many will be deeply upset. Here again, the Church must be a voice of reconciliation. We can disagree, but we need not be disagreeable.

For the republic to stay together, we must see ourselves as friends and not as enemies. That has become increasingly difficult, but the Church can and should be a model to the whole community of both legitimate diversity and reconciliation.

Being Christ to one another should be our priority. We are Catholics first and foremost, not Americans of one political stripe or another. We should see all people through that lens and treat them accordingly. The citizenship to which we must be most faithful is the City of God, not the city of man.

Doing so is made easier by recognizing that politics cannot save us. We have one savior, and it is not an elected official or any group of them. It is Jesus Christ. Any time spent around legislators should help foster the detachment we propose — they are a cross-section of the population and suffer from original sin like the rest of us. “Put not your trust in princes ….” (Psalm 146).

Holiness is indeed the best antidote to the troubled times in which we live. Imagine how many problems could be solved if more people sought to conform their lives to Christ and live by his Holy Spirit? Let it not be said that no saints emerged during this time. Grace surrounds us; it is up to us to respond.

Let us cultivate a proper detachment from electoral results. We must keep our eyes fixed on loving God and our neighbor, thus fulfilling our responsibility as citizens of the heavenly city.

Jason Adkins is executive director of the Minnesota Catholic Conference.

Visit the Minnesota Catholic Conference election resources page at www.MNCatholic.org/election. There you will find resources to help you form your conscience, inform your vote, and transform our state including: documents from the USCCB on faithful citizenship, tools to find out what is on your ballot and where/how to cast your ballot, and more.

Christianity Is a Complete Way of Life 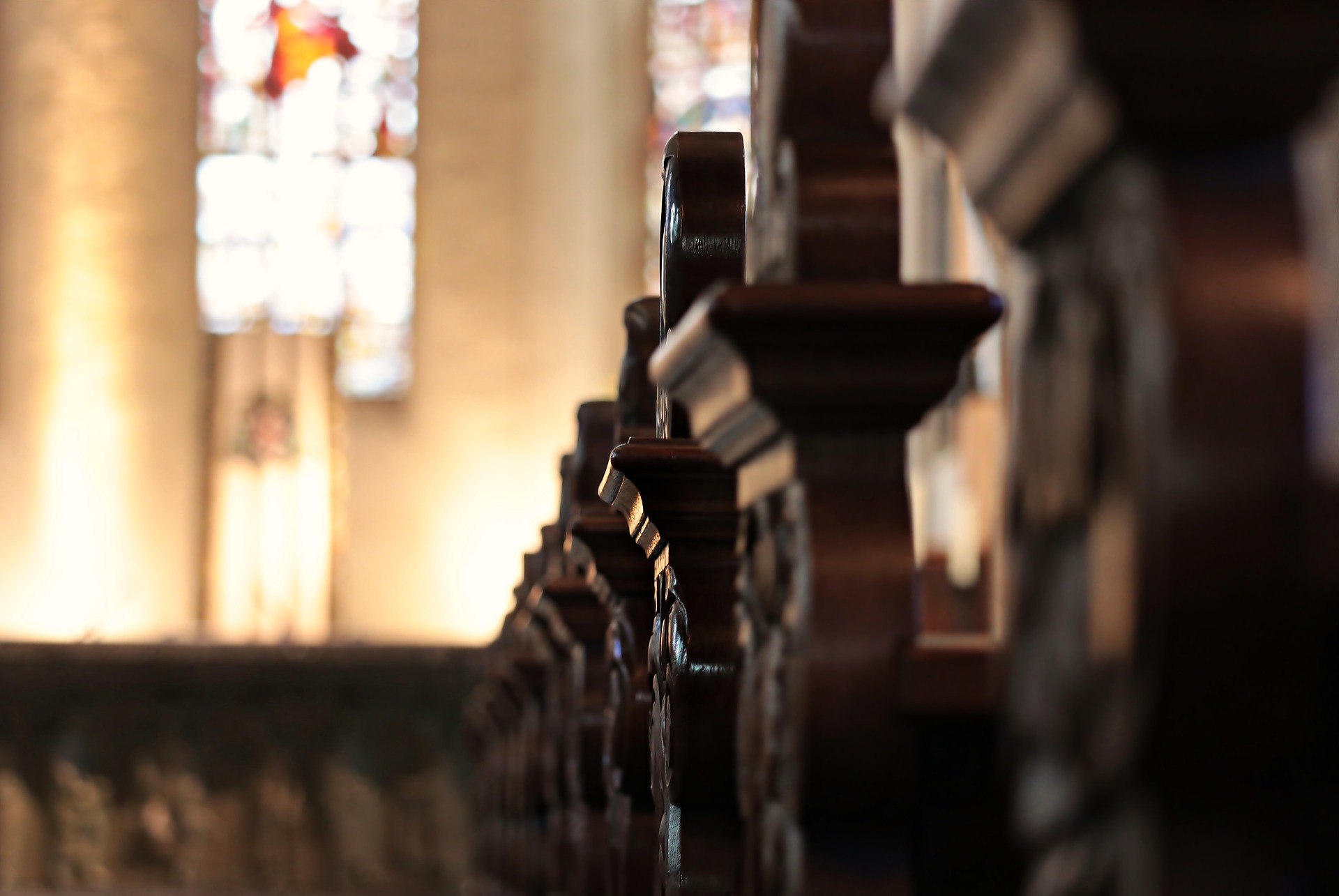 Christianity isn’t an abstract philosophy. It’s a complete way of life. Consequently, profession of belief in Christianity isn’t simply an intellectual nod of the head, but a commitment to live in such a way as to express concretely one’s convictions in the everyday world. Such engagement demands a sense of direction, a sense of individual mission and purpose. This is supplied by the particular vocation each of us is given. When we discover our own unique calling, regardless of what it may be, we find the spiritual true north by which to plot our course.

God's Presence in Our Neighbors 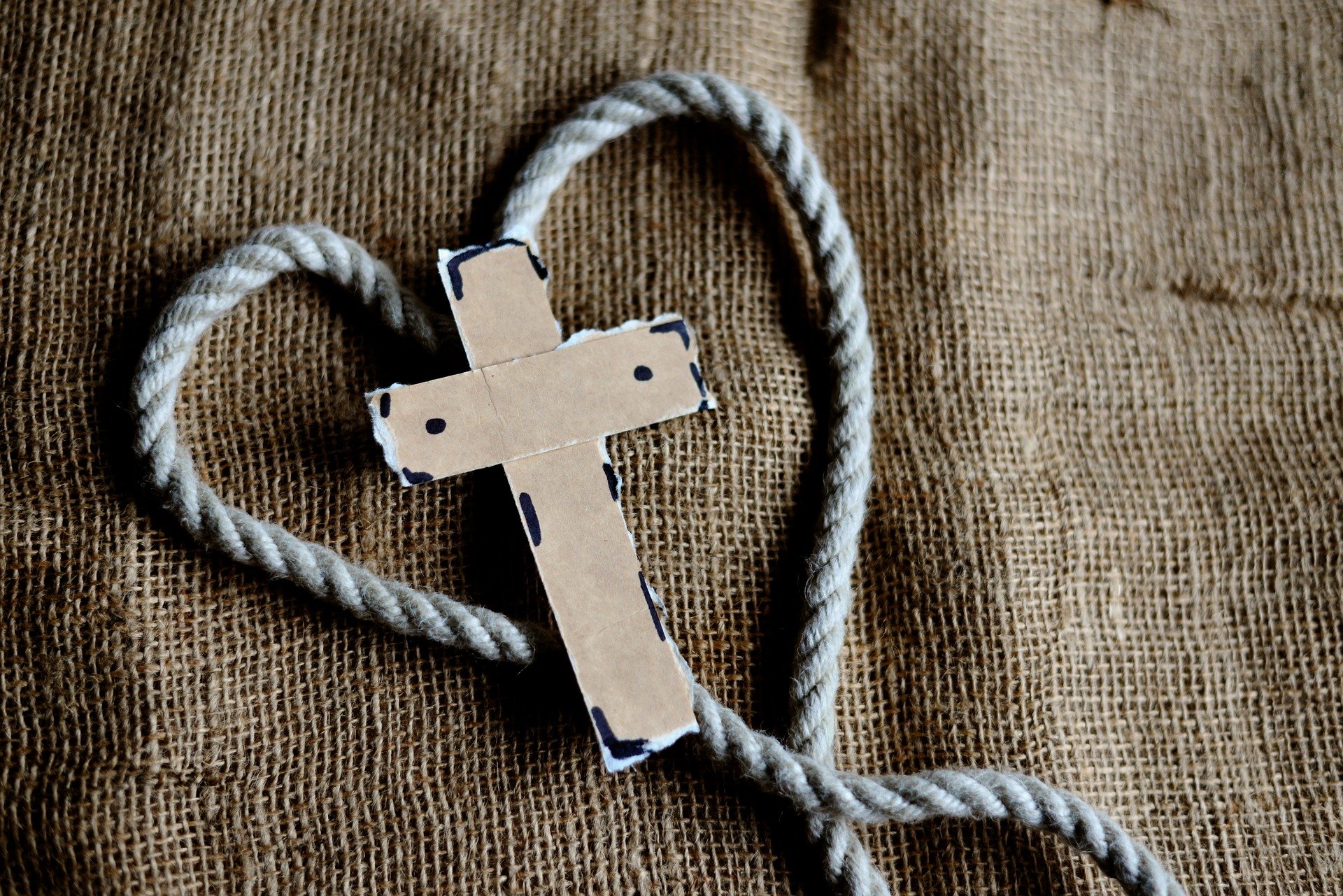 The heart of Christianity is the great and incomprehensible truth that God’s true majesty, God’s authentic immensity, consists in God’s willingness to become lowly and forsaken, to pitch a tent among us and become one of us. God’s presence is sometimes revealed in lightning and thunder and smoke on Mount Sinai, but it’s much more likely to show up in the faces of our neighbors. And not just our respectable neighbors, either, but those whom we generally go out of our way to avoid: the poor, the ill, the imprisoned, the aged, the weak, and the despised. In their faces, if we but have eyes to see, we encounter God. In their lowliness and helplessness we discover the real majesty of a God of love and self-sacrifice.

Our Physical Surroundings Are Holy 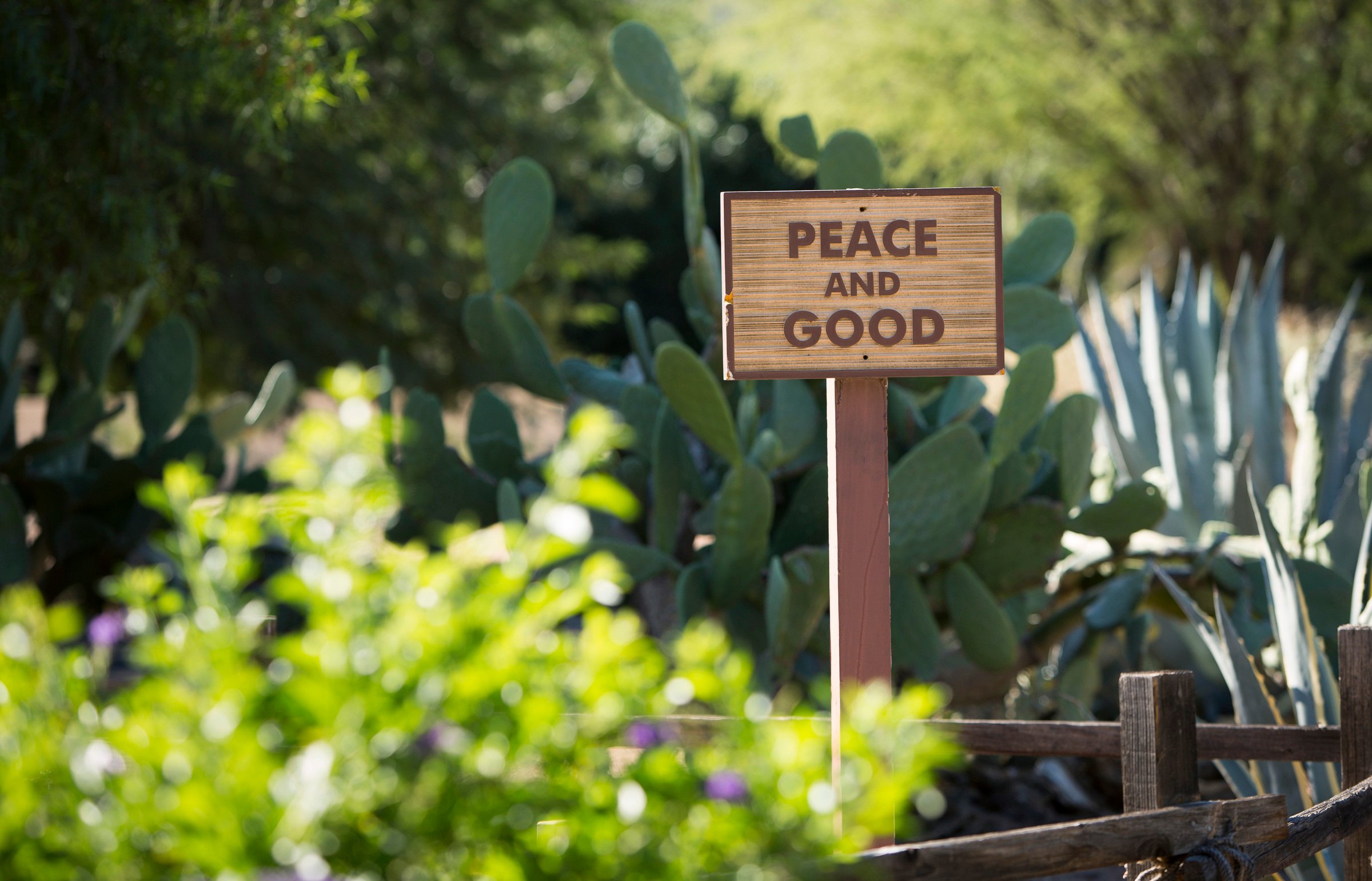 We who tend to think of nature as nothing more than a usable commodity can learn a great deal from Francis’s relationship with the environment. He teaches us the liberating truth that our physical surroundings are holy because they aren’t purely physical. Instead, they’re permeated through and through with the Spirit and beauty of God. In a mysterious way that the mind can’t fathom but the heart knows full well, we don’t just dwell in God’s world. In dwelling in God’s world, we also abide in God himself.

Using Our Creativity for Others 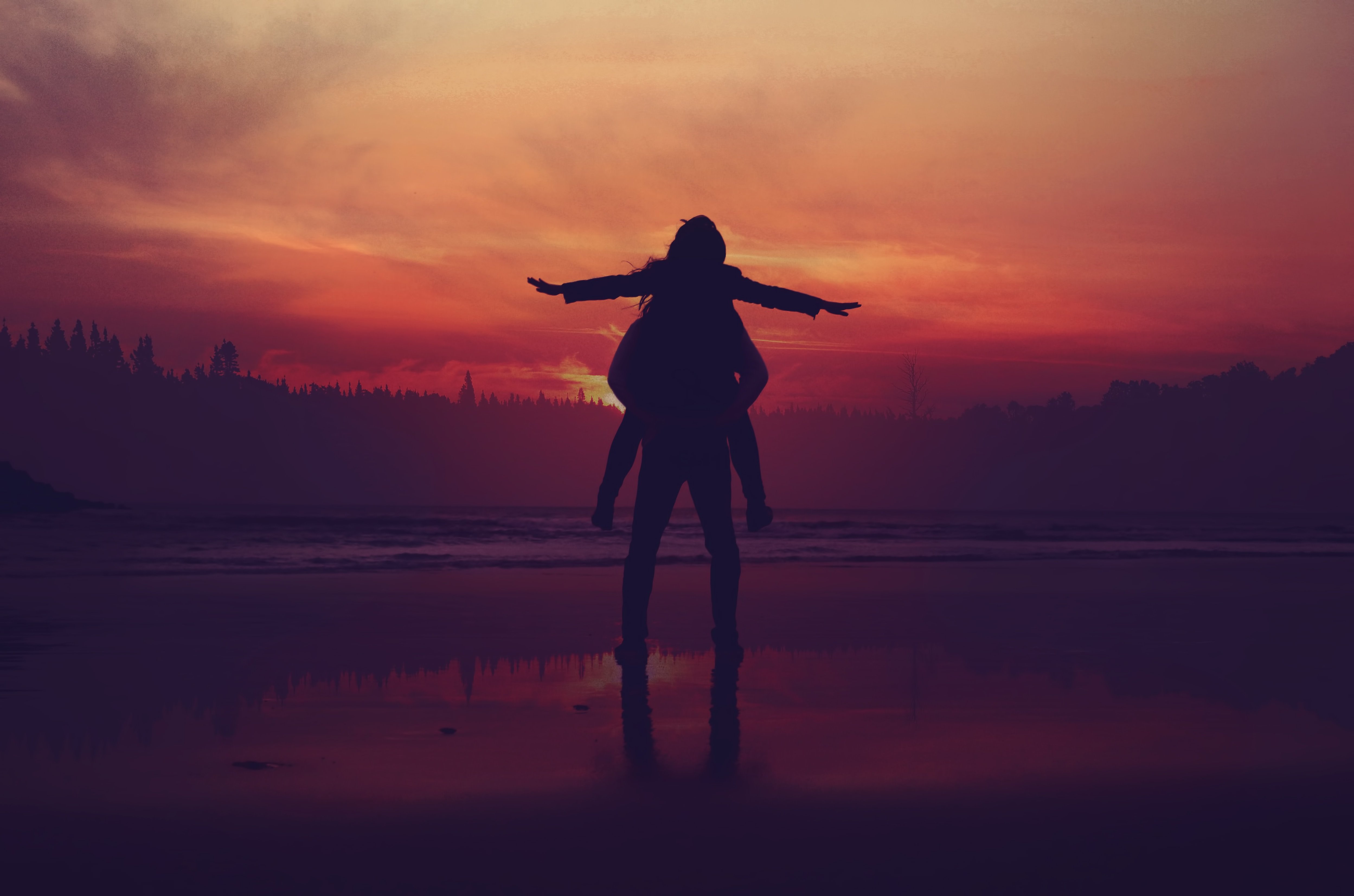 A Christian celebration of humanity consists in lovingly midwifing our fellow humans into full being. One of our God-given endowments is creativity, the ability to cooperate with God in the inauguration of the kingdom. We’re called to use this creativity in nurturing our brothers and sisters as full members of that kingdom, and we do this by going out of our way to help them recognize and affirm themselves as images of God. In concrete terms, this means performing the acts of charity listed in the twenty-fifth chapter of Matthew: clothing the naked, tending the sick, visiting the imprisoned, giving food and drink to the hungry and thirsty. Celebrating the sheer existence of others often demands that we do the dirty work of easing the material burdens that inhibit them from arriving at a conscious appreciation of their own holiness.

Being in Love with God 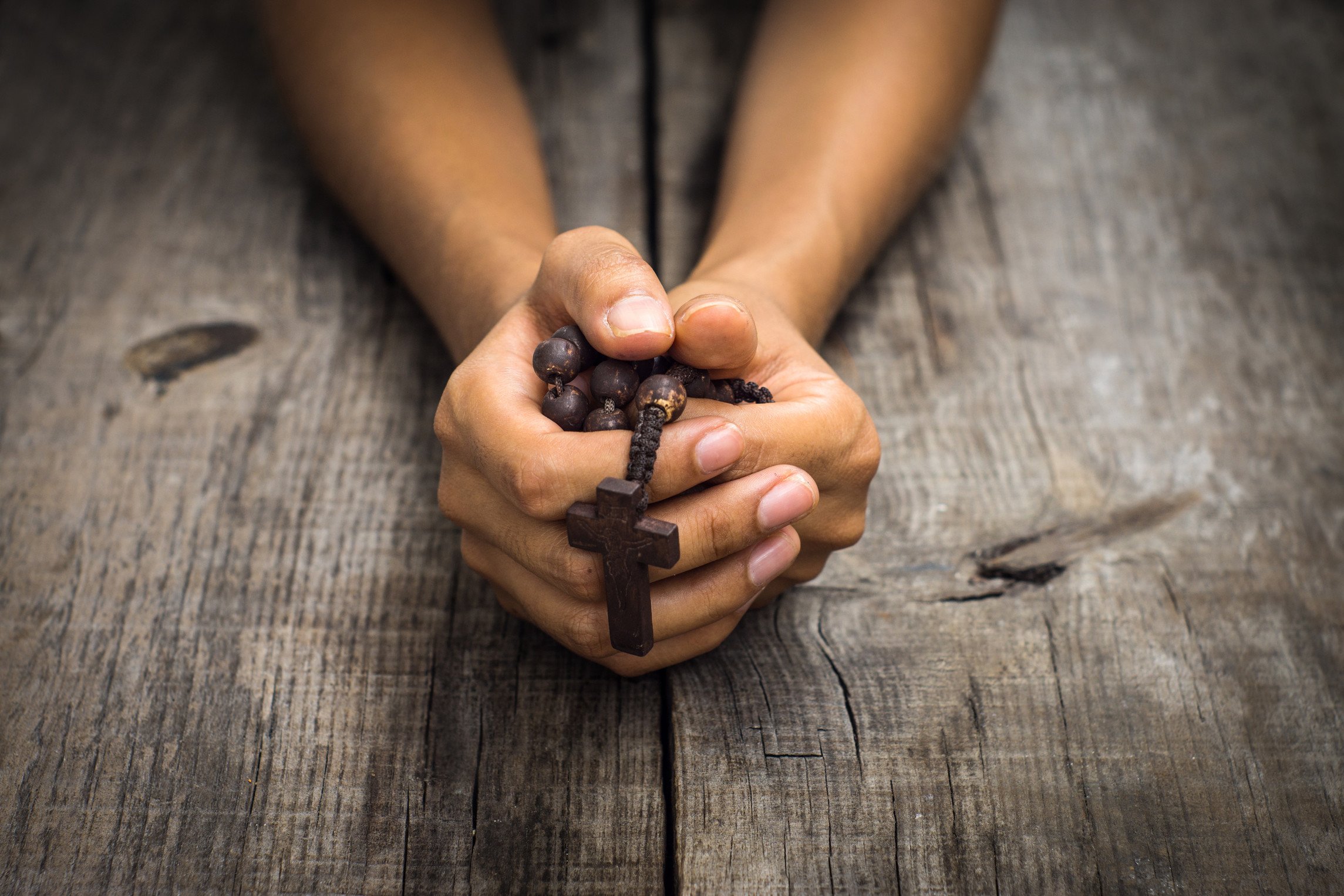 Slavish imitation is not what holiness is about, but rather it’s about learning to love God in our own time and place with its own sensibilities and ways of following in the footsteps of Jesus with all our heart and mind and soul. It’s about doing and making choices commensurate with our own capacities, our own strength and/or weakness of mind and body. We don’t have to be nutty to be a saint, but being in love with God will sometimes move us to do things that others will consider nutty or unbalanced.

Every four years, Catholics face an intense dilemma in regard to the vote. There are ardently Catholic Democrats who wonder how their co-religionists could possibly choose a Republican candidate, and there are ardently Catholic Republicans who express precisely the opposite opinion. And both sides, typically, look with eagerness to their bishops and priests to resolve the tension. Each presidential election cycle, the Church endeavors to clarify the issue, usually to the satisfaction of very few. However, under the rubric of “once more unto the breach, dear friends,” let me try to provide some direction by articulating four basic principles. First, Catholic social teaching clearly goes beyond the split between Republican and Democrat, between liberal and conservative, and therefore corresponds perfectly with neither political camp. Anyone who says that either of our political parties perfectly, or even adequately, represents Catholic social thought is simply misinformed. Broadly speaking, the Democratic Party advocates… 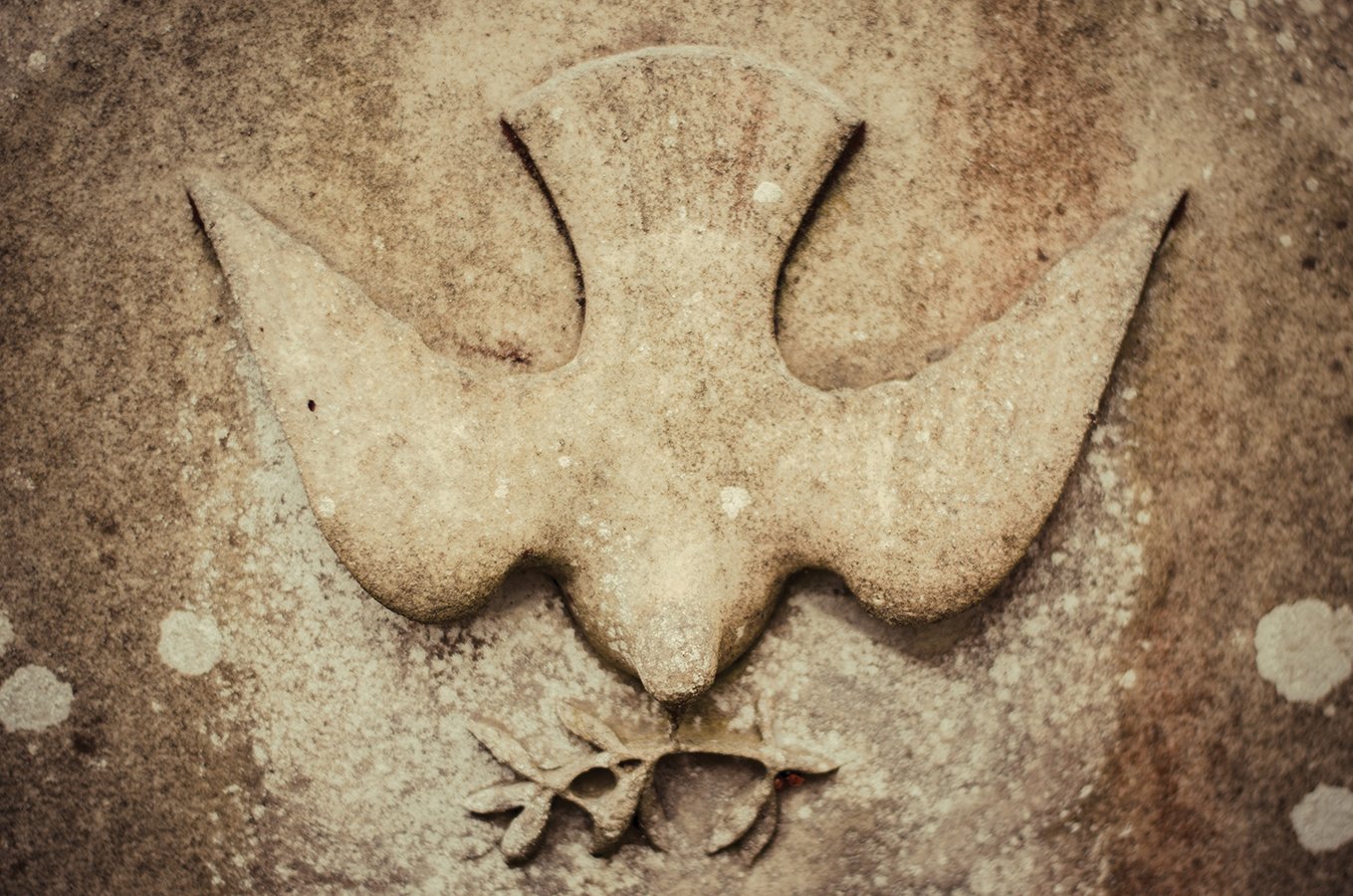 Mutual giving and receiving is, I believe, the bedrock of Franciscan peacemaking. By overcoming shame or fear, or whatever it is that is holding you back from reaching out to the poor and broken ones, you enter a startling world of sweetness of soul that is not just self-serving but that accomplishes a profound reconciliation of opposites that makes it possible to experience a new, unexpected bond with the other. And you want to stay there, not necessarily in that physical place but in that spiritual and psychological space where the lion and the lamb lie down together. Nor is the bond something static. It only endures if you continue to overcome new barriers, cross new and fearsome barriers so that you yourself become the place of reconciliation wherever you go. That kind of portable peacemaker was who St. Francis was. 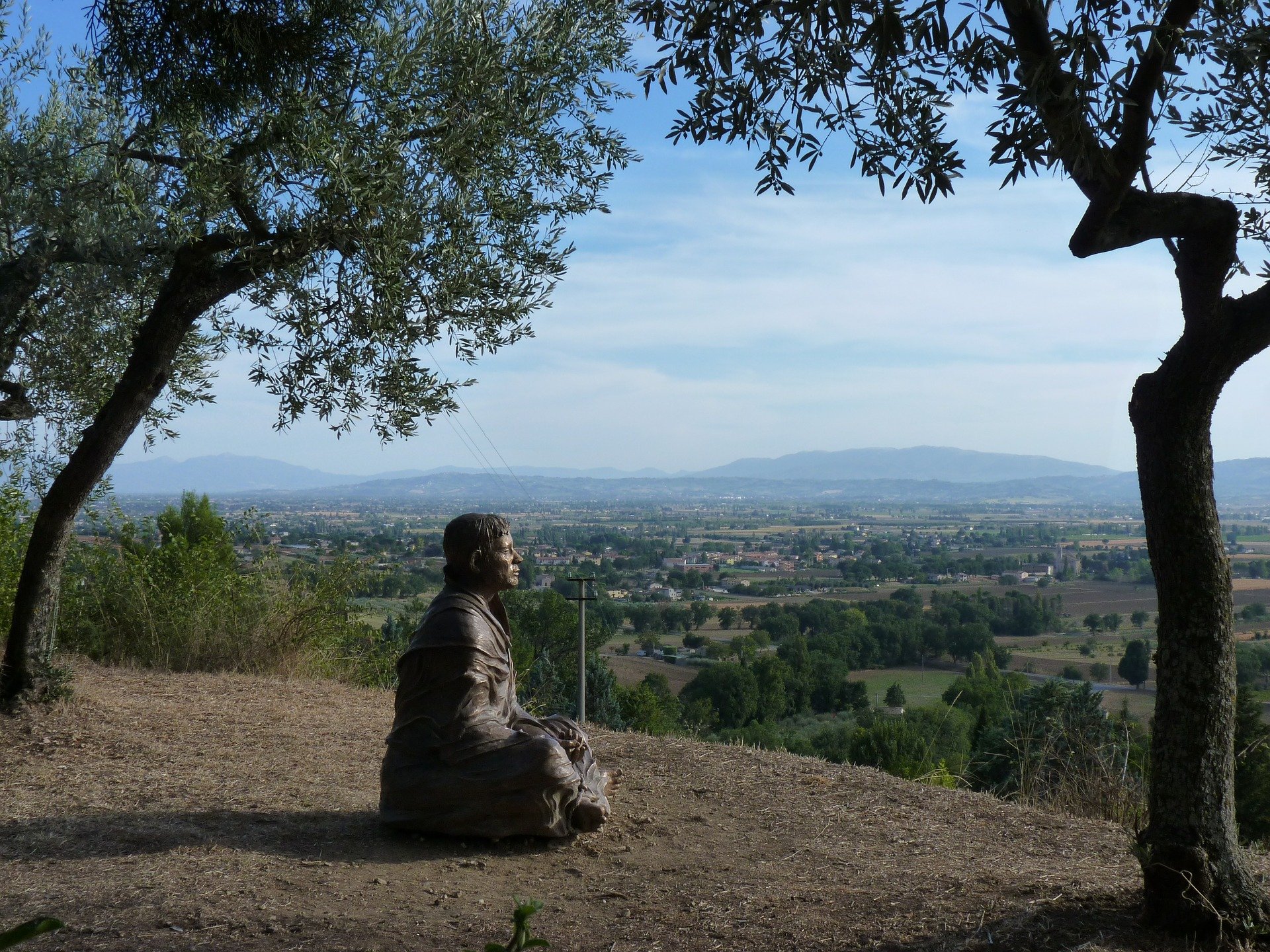 That is the Franciscan challenge in our own time: contemplative seeing, affective response, practical help, and sustained assistance as the way of restoring God’s house which is falling into ruins. It is Jesus’s own prescription for learning to love. In contemplative prayer we learn to love God who created all things and made them our brothers and sisters. And when we begin to see others for what they are in God’s eyes, we are moved to compassion. And when we then reach out to those of our brothers and sisters in distress, the love of God becomes the love of others, all of whom are beloved of God.

In responding, we ourselves become a story, not just an empty shell that hung around for a number of years and then disappeared, leaving behind no story of goodness worth telling because there was no significant act of the will to love our neighbor. So, repairing God’s house is not about stones and mortar as Francis once thought when he heard the voice of Christ. It’s about changing our hearts, or rather, letting God change our hearts, a process in which we become fruitful vessels of grace. For it is only repaired hearts that repair the house of God. It is only then that we can fruitfully “Go into the whole world and proclaim the gospel to every creature” (Mark 16:15).